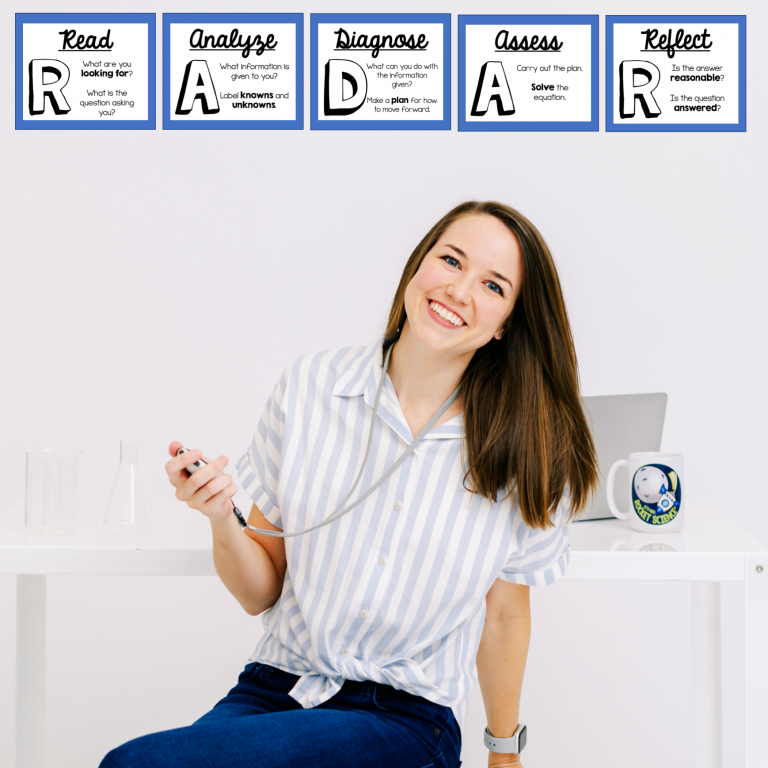 Use these signs to equip your students to take on any question - and never say "I don't know where to begin" again!
I WANT THAT!

Decrease Grading Time: 4 practical ways to cut your grading time in HALF

One of the biggest aches and pains I see in my inboxes and remember from my own time in the classroom full time is the burden of grading on high school teachers. This is a huge responsibility that differentiates our workload from that of elementary teachers – and on top of that, we still have to lesson plan and do everything else that teachers do. Being able to decrease grading time is ESSENTIAL for secondary science teachers especially – who need time for all of the above AND prepping labs!

So YES – I am sure we can ALL agree we would LOVE to decrease our grading time…but HOW??

A few years ago when I was balancing 5 preps, I knew the way I did most things had to change or I wasn’t going to have any life outside of work. So I set out to cut my grading time in half – and I was able to do it, and THEN SOME with these 4 tips!

Tip #1 to decrease grading time: Only collect and grade ONE THING for accuracy a day.

Hear me out. At a MAXIMUM you should be collecting ONE thing a day to grade for accuracy. This means 5 assignments TOTAL for the week. This is NOT per class (because if so, that’s 25 things for those of you with 5 preps #blessyou. Even if you have 2 preps that is still 10 things!!!) but TOTAL.

First, the why – because you have 203948234 things on your plate that you need to get done during your planning period so you aren’t working 60+ hours a week and taking things home (I never want you taking work home!!) You absolutely cannot do all you are expected to do as a teacher if you have 1 hour or more of grading a day. It just isn’t feasible unless (1) you are superhuman, or (2) you are not providing the best of feedback because you are grading so quickly.

Isn’t the point of grading assignments anyway to (1) See where students are, and (2) Provide them feedback to aid them in their learning? If you are collecting all the things you aren’t able to return them the next day, and thus the feedback becomes dated and doesn’t help inform you in your teaching OR your students in their learning.

EVERYONE benefits from you collecting and grading way less. You are able to provide more detailed and effective feedback within a 24 hour turnaround period, and your students are better able to learn from their mistakes.

Now, the how. This works best if you do this in conjunction with tip #2 to decrease grading time.

Tip #2 to decrease grading time: Use QUICK daily bell ringers to check in with students – and grade (just about) EVERYTHING else for completion.

Like I said above, the purpose of grading in the first place is to know where our students are, modify how we are teaching (if needed), provide students with immediate feedback to learn from, and at the end of the day have a number to represent their learning in our class (hate it, but it is still the way 90% of schools are set up).

I found that if I was going to collect something only once a day, that really ended up being once a class period a week (since I had 5 preps). I couldn’t go a full week without knowing where my students were. This is why I became so passionate about doing daily bell ringers, which I like to refer to as Prime Times®️, as I think they are the most important part of the class period. You can read more about how to implement them as simply as possible here.

By doing bell ringers daily I could very quickly see where every student is daily, provide immediate feedback, and check in with them more than once a week.

But what about everything else I was doing in class??

Pretty much everything else gets graded for completion/effort, or not graded at all. I found most students need me to grade things in order for them to be motivated to put in effort (at least with my underclassmen). But I simply cannot grade each and every little thing we do. Instead, about half goes ungraded, and we simply draw names and go over them in class. The rest I spot-check for a small completion grade.

This ensures that we also have enough grades in the grade book to satisfy admin and parents, and also ensures that students’ overall grades are a fair reflection of all that we did in my class. I feel comfortable grading for completion/effort because I don’t assign homework, so all of these grades are coming from classwork that I have monitored students doing and KNOW has been done authentically.

I hate cheating (a huge reason why I just stopped doing homework) and by grading in-class work for completion, it took the pressure off kids scrambling to find the “right” answers and just allowed them to try their best. Plus again – it allowed me to majorly decrease grading time and work towards the goal of cutting my time grading in half.

BUT WHAT ABOUT LABS??? Labs are such a huge part of what we do as secondary science teachers – and they can take up an INSANE amount of our time outside of teaching – from prepping to cleaning up, and of course, grading. So how did I decrease grading time with labs specifically?

Tip #3 to decrease grading time: Only grade ONE section of a lab – and peer grade the rest.

It’s true. I simply stopped grading every single section of every lab in every class. It would have taken me hours to grade all of my labs in all 5 of my preps, including AP Biology, so it simply wasn’t possible.

Instead, I started collecting labs, like usual, but not informing students which section(s) I would be grading for accuracy. Sometimes I would only grade their graphs. Other times, only their analyses. If I chose to grade their hypotheses then I would often grade their conclusions, too, since those sections are shorter. But only once a semester did I grade a lab in its entirety – and that was when I required a formal lab report*.

This makes grading labs SO MUCH FASTER – and students try hard on the entire lab because they don’t know which section I will choose to grade. When I return labs the next day, we swap with peers and have them review the other sections. This does take some training so that they will actually provide quality feedback – and if you don’t want to put that time in earlier in the year, you can have students self-grade. But this can be as simple as the following:

These are the types of questions I ask them, and I’ve found they can look much more clearly at another’s work than their own – and they learn SO much from peer grading. So it benefits me by allowing a major decrease in grading time for labs and benefits them because they learn more by REALLY looking at their work (or their neighbor’s) closely.

Also, I know a lot of teachers just collect one lab per group to decrease the amount they have to grade, but I have tried that a few times and never found it to be fair (Ex. One student felt like they did everything, or if I randomly selected one person’s from the group, someone else was upset because they didn’t want that person’s grade representing them, etc.) This felt like a much more fair solution that still cut my grading time of labs by MORE than half.

*A note about writing formal lab reports: I know a lot of teachers do this for every lab. That’s great if you feel passionate about doing that! Personally, I have found that if a student can write 1-2 great formal lab reports, they can write 10-15. So instead I only require this once per semester, and they have their rough drafts peer-reviewed before I ever see a final draft to hopefully decrease the time I spend grading them.

Last but not least, I can’t talk about how to decrease grading time without talking specifically about how I did this with tests. Here is the secret…

What do I mean by batch grading? Batching means doing a LOT of the same task at once, over and over, to increase efficiency and decrease time spent. So if I have 3 sections of CP Biology, all of them are taking their test the same day, and I am grading ALL 3 sections at once.

First I do a quick batch grade of all multiple-choice (you can use fancy tech to do this or honestly, just batch it by hand. It still goes very quickly!).

Best of all? It helped me to be SO FAIR with how I rewarded partial credit for open response answers because I was doing them ALL at the same time. No more conversations the next day where one student says, “You took off 2 points when I said this, but only 1 point off of Josh for saying the same thing!”

ESPECIALLY if you create tests with separate answer sheets – this will go so quickly. Why? Because you have a 1-2 page answer sheet instead of a 6-8 page test so there is WAY less flipping. I started doing this to decrease copies (because I reuse my tests every year and this way I only have to copy the answer sheets) but found that it actually saved me some precious time while grading too – and made the stack of what I had to grade less overwhelming.

I am telling you with all sincerity that doing these 4 things legitimately cut my grading time in half – and honestly even more than that. The more I committed to grading this way, the easier it became to collect and grade less and less without feeling guilty. You CAN decrease grading time and create MORE space to do all of the other things on your plate – it will just require some changes to how you do things. Are you willing to make some changes? I can’t tell you how much it was worth it for me to do so! 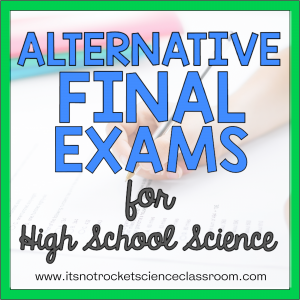 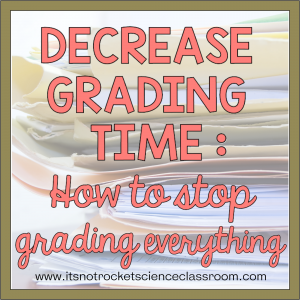 Decrease Grading Time: How to Stop Grading Everything 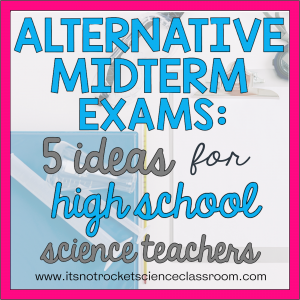 Not sure where to begin simplifying your teaching life? Start by reseting your classroom! Get the step-by-step checklist you need here! 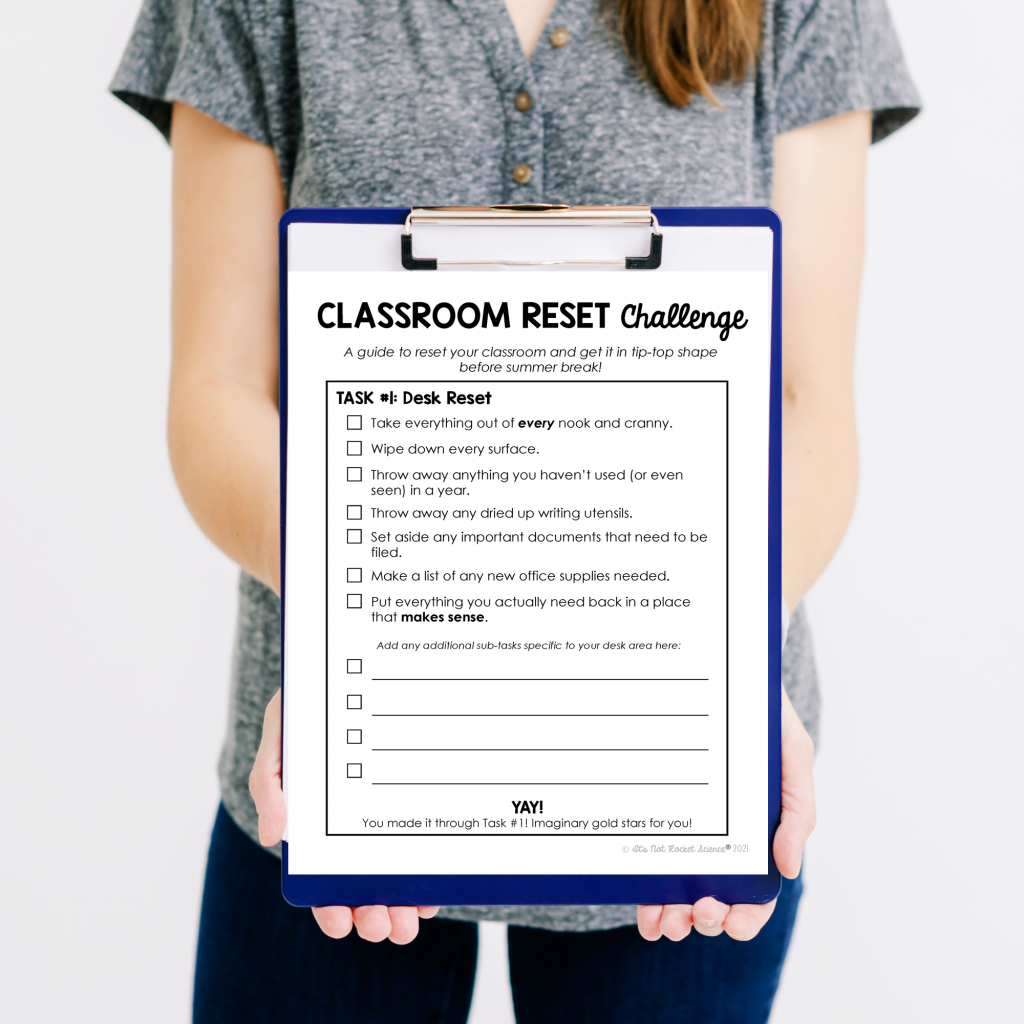 Submit your email address to receive your FREE Classroom Reset Challenge from INRS!

Use these signs to equip your students to take on any question - and never say "I don't know where to begin" again!

Submit your email address to receive your FREE RADAR Signs from INRS! 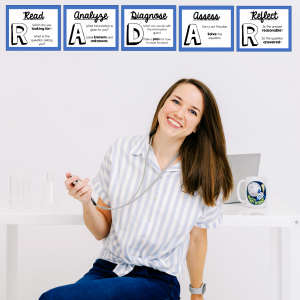